Will Najib’s election goodies be enough? 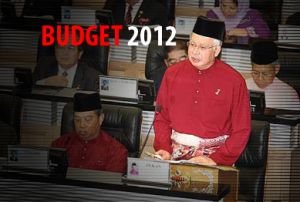 THE ANNUAL BUDGET is a powerful weapon for the Malaysian government, and never more so than when national elections are impending. Mr Najib Razak’s third budget as Prime Minister, announced last Friday, definitely signals that elections are indeed on the way.

Beleaguered as his government must feel – after the Bersih demonstration in July turned into a bigger anti-government event than it needed to be – when major economic indicators are all pointing the wrong way and with only one and a half years left before a General Election has to be held, it was wiser for Mr Najib not to postpone the use of this weapon until next October.

In fact, there is no reason for him to believe that the political and the economic situation will improve over the coming year. Political scepticism runs high in Malaysia and even his recent initiative to repeal the unpopular Internal Security Act (ISA), to lift three declarations of emergency and end the requirement for annual renewal of printing licences, was given a lukewarm reception.

What the public is concerned with is what the government will replace the ISA with. Few believe the repeal is motivated by a humanitarian wish to increase civil liberties.

After two-and-a-half years as Prime Minister, Mr Najib continues to suffer from a credibility problem, which has been aggravated by his penchant for using foreign consultants for public relations exercises and his piecemeal reform initiatives. PR exercises threaten to overshadow serious policy debate in Malaysia.

Given this political milieu, the annual budget announced last week was expected by most to be full of goodies for as many constituencies as possible. In that respect, Mr Najib exceeded expectations.

Not only will 1.3 million civil servants get pay increases of between 7 and 13 per cent, their retirement age is being raised from 58 years to 60. Cheap loans for first-time house owners making less than RM3,000 (S$1,230) a month are being made available for properties up to RM400,000 while taxi drivers are being given various monetary aids.

Significantly, cash handouts to poorer households will benefit as many as 3.4 million families. That’s 53 per cent of all households. And not only will subsidies for food and fuel be retained, as many as 85 subsidised grocery stores are to be set up throughout the country. The goodies list goes on.

While one should not fault the government for helping the needy, it is difficult to see how with the 10 per cent increase in expenditure, the GDP deficit can still be brought down from 5.4 per cent to 4.7 per cent as is predicted. But those are figures for the future. For now, the stream of goodies flows.

Something like 1.3 million students above the age of 17 will be given RM200 vouchers. These will include the many first-time voters that the opposition has for three years been trying to get to register to vote.

Despite all this, the government still denies that what it has presented is an election budget. In fact, what the two-coalition system that has developed in Malaysian politics seems to have done is to put the country in a perpetual campaigning mode. So there is little need to deny that this most important of political weapons is being used at this crucial time.

Mr Najib is obviously aiming for numbers, structuring his budget to positively affect the wallets of as many voters as possible. He is targeting the Malay community where the battle for votes in the General Election will be strongest.

The big question is whether it is enough. Will voters take the money and support the opposition anyway or will they think that the time for reforms is past and the piecemeal measures that Mr Najib is taking is all they should expect?

As it is, these costly measures are bound to show tangible gains for the government. The resources available to the incumbent party should never be underestimated, and Mr Najib is now using them to generate immediate effect.

Nevertheless, the ball is now in the opposition’s court. Pakatan Rakyat’s strength lies in the promise of significant betterment of Malaysian life and it has to project a vision that takes voters beyond the tiresome slugging that characterises the country’s day-to-day politics.

The coming campaign period is going to be an interesting one.