The Written Word in a Democratised World 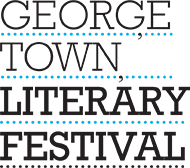 KEYNOTE SPEECH at the George Town Literary Festival 2013 held on 29 November to 1 December 2013.

Literature and the Individual

The only subject I was really excited by when I went to school here in Penang four decades ago was Literature, both as a subject and in the form of English lessons. All other subjects felt less important.

Studying the meaning-creating capacity of language has brought me a lot of joy over the years. It is wonderful to see how intricate ideas are captured, coined and communicated through written words.

My hunger for stimulating books to read was sadly limited by the small size of the library at school, and by the family budget. So I had to reread a lot of books instead to quench my thirst for literature. [How lucky today’s children are, living with the Internet, but I shall discuss that later].

What I have to say today is very personal; I believe that the biographical resonates with others if expressed honestly. We are not all that different, and we journey the same route, all of us—from cradle to grave. It’s just that we relate our lives differently.

I shall mention two very essential things I learned while in school at St Xavier’s Institute here in Penang. These were taught me by my English teacher, a Mr Anthony Gomez. One day, I remember, he took us to the school auditorium at the beginning of English class, sat us down, turned off the lights, and played a long piece of classical music for us— some Beethoven creation that would not allow us to doze off. The class were confounded for a while of course, but we sat through it obediently. What I learned from that astounding hour was, “Experience comes before Expression”. My class had just had an English lesson—a lesson on learning to express oneself—without words!

The second thing I learned from dear Mr Gomez was this. One day, we came into class, and there on the blackboard was scribbled a poem some of us recognized instantly, because this was 1971 or 1972 and John Lennon’s album, Imagine, had just come out. It was the lyrics of “Crippled Inside” – one of the songs from the album. We then began discussing the words, as you would do with any stuffy Shakespearean sonnet in a normal lesson in literature. That had quite an impact on me: “You mean the music I listen to at home with my friends, almost as a protest, as an act of recalcitrance, is legitimate, and even acceptable in school?” Suddenly, it felt alright that English was not my mother tongue. Expressing oneself is not a technical matter. It is an art that anyone can perform.

Through these two episodes, I felt that the divide between my secret self and the big bad world began to be bridged. Most authors have a covert love affair with language, I believe, and they are often elated by their ability to give new meaning to old words.

Historically, being literate was the privilege of the upper classes and the priesthood, all over the world. Being the tool of power seemed to be the original function of the written word. Universal literacy is a new phenomenon in human history, and it is no coincidence that it is being realised at the same time as democracy spreads throughout the world.

It is also no coincidence that traditional philosophy was dismantled over the last century and developed into language philosophy. Philosophy has become a study of the workings of normal language and its limits. Many see this as a constraint, but it also means that profound thoughts are no longer sought only in classical philosophical texts, but in literature in general. We now learn to see normal writing—by normal people and not eggheads alone—as a depository of ideas relevant to the common man.

In fact, if we turn the matter around, we should say that the best writing in classical philosophy is actually good literature. And literature is good when it is full of philosophical meaning. What’s more, it is telling that a lot of good philosophy was often presented in dialectical form—from Plato to Confucius and Wittgenstein.

The search for Logic [with a capital L] has been abandoned by most people. This is liberation from the hegemony of the age-old erroneous elitist idea that language is neutral, and that meaning is something external to us.

What results from this is a widened space that allows for creative expressions of individual realities. We are the meaning givers, each one of us.

Today, we may sneer at the standard of writing in the social media, on blog sites, and definitely in SMSes. But remember that before these tools came along, most adults did not read at all, let alone write. And our children read and wrote because they had to, not because these were activities conducive to the development of their minds.

Reading habits are changing as well because of these new technologies. It is something we have to live with, and to an extent, writing is slowly adjusting itself to the shortened attention span we have, and the sound bite culture we are living in.

So I am all for bad literature in the early Internet age. It is a stage in the democratisation of literature.

Again, it is no coincidence that changes have come, and are coming to Malaysia, in a big way at the same time as the social media and the Internet takes over our lives.

The needs of the colonial economy forced roles onto us, and often as collectives and not as individuals. The nation building project, which should have dismantled this collectivisation of identities, has instead been making our collective identities stronger than ever—and in a divisive manner.

Literature needs a contemplative culture, both to create and to consume. By contemplation, I do not mean detachment from the here and now though. On the contrary, it is through deep attachment to the here and now that Literature stays most genuine. The individual talks to his place and his time. Even the great Shakespeare did not work in a vacuum. He had stimulation from his times, inspiration from the places he lived in and gained material through the listening, talking, reading, writing—and living—people around him.

In conclusion, I would like to mention some “Ties that Bind”, which is the theme for this year’s festival. Some ties are constructive and some are destructive, and there is always a dialectical relationship involved.

1. How do collective identities enable—or suppress—the author’s individuality?
2. When has a person mastered Language; and when is he or she mastered by it?
3. Just as listening is a prerequisite for the ability to speak, writing is the continuation of dialogues with the material that we read. So anyone who reads should continue the thought process by writing.

In short, what I would like to say is that Literature is not for the fainthearted, but it is for everyone who is literate.