//
you're reading...
Articles, Philosophy, The Edge

Is the Nation’s Essential Multiracialism in Grave Danger? 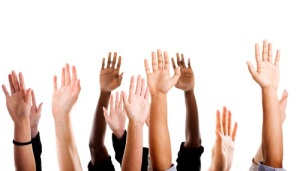 Multiracialism does not come by chance. It is always an expression of the populated territory’s geopolitical history. We imagine societies to be essentially mono-cultural and mono-religious. That may be true of some regions in the world, but in regions such as Southeast Asia, the heavy interaction between peoples for trade and other reasons have left us with a tradition of inter-cultural hybridity and cosmopolitanism.

One sees this clearly in how Southeast Asian cuisines are fused and crossbred. In the case of Malaysia, we also see it in the unique and irreplaceable sense of humour which relies on the quaint rojak of words or behavior, which is enjoyed so greatly by its inhabitants, whatever their ethnic affiliation.

In understanding Malaysia, one has to consider its diversity of races as a reflection of the existential complexity of its neighbourhood. The extension of its effective neighbourhood has varied over time of course, but in comparison with many other regions in the world, what is special about Southeast Asia is that it was never all part of some ancient empire. It was a region that was in that sense left alone. Great wars between superpowers were not fought here, and there is therefore no underlying cultural imperative to unite whatever the cost.

The wish to integrate today, expressed in the shape of ASEAN, is a practical and pragmatic one, and is therefore best observed in the areas of trade and investment, and in matters of security, be these of the non-traditional or traditional types.

Malaysia is not so much truly Asia, as truly Southeast Asia.

The question is, can Malaysia—and any other country in Southeast Asia for that matter—build a nation state and yet celebrate the non-coercive diversity of the region? This diversity is so pervasive in everyday life that it has become invisible. Sadly, its unique value is also taken for granted, and is today more than ever under great threat from those who have imported a mindset that contradicts Southeast Asian conditions so dangerously.

Just looking within the region, we see that islands, estuaries and harbours were traditionally the hubs of economic activity. And so these were the places where cultural hybridity developed unrestrainedly. Vague cultural borders were what allowed Southeast Asia to develop its unique form of human co-existence, and its rich culture.

The coming of the colonialists may have forced an alien geopolitical structure onto the region for a few hundred years, but the greater and more persistent danger to peace and harmony in the region comes from the notions of ethnic purity being the basis for political organizationwhich they left behind. These ideas had already wrecked havoc back in Europe for centuries, and yet they have been adopted quite unquestioningly into our culturally unique part of the world.

What is important now is for Southeast Asians, and Malaysians of course, to be cognizant of how the region is, and has always been, culturally dynamic and decentralized. External influences were always present, and racial boundaries were never carved in stone, or written into constitutions.

All these left deep imprints that today define our cities, and our countryside. Religions flowed through freely, goods exchanged hands greedily, and marriages took place easily over ethnic lines. Cuisines and clothings, not to mention royal rituals and trappings of power all intermingled, making blurred borders the norm more than the exception.

From the west, came Indians of all persuasions in competition with Hadramis and Persians. All these configured politics and economics in the region, and gifted the peoples with an open mind. Later came the peoples of the Atlantic coast of Europe—Portuguese, Spaniards, Dutch, English and French. Their impact was strong, and Southeast Asia struggles with that still.

From the north, for millennia, came Chinese goods, religions and peoples as well.

Where Malaysia is concerned, the peninsula itself stood—and stands—in the way of traffic flowing in all directions; Thai and Burmese influences came down by land and along the coast to interact with Indian kingdoms in Kedah; while further south, Sumatrans and Bugis made the many bays, coves and islands their home.

The British over time also saw the vital importance of the body of water between Malaya and Sumatra, as did the many Chinese migrants who were fleeing the economic and political chaos of the latter half of the Qing Dynasty. In many concrete ways, east and west, north and south, met here. And for such a place to practice ethnocentric policies is self-denial of immense proportions.

The long and short of it is, the essence of what came to be termed Tanah Melayu (roughly, Malay Shire) under the influence of European ethnocentric teachings, is a place where multiculturalism is a given state of affairs. When seen in ultra-rapid time, this obvious historical and geopolitical condition fades from the eyes of those who are in a hurry to gain an opportune political opinion. But for the connoisseur of the graces of our unique region, the value of the place is best enjoyed through understanding that it is—and has always been—the place where winds, and therefore peoples and cultures, meet; and not to fight and scorn, but to subsist and integrate.

One thought on “Is the Nation’s Essential Multiracialism in Grave Danger?”