Journalism’s Past and Penang’s Future 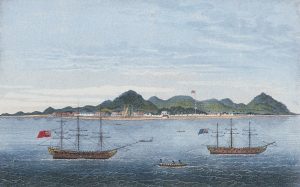 At a time when journalism—as a social activity more than a salaried profession—is booming beyond measure in Malaysia—a fact proven by heightened contestations in the public domain, and by government attempts to intimidate and harass all types of non-supporters, it is important that we pause and think about what journalism is, what role it plays in the modern world, and when and why it waxes or wanes in quality and in volume. In short, what is its future?

With the technological channels that have allowed for amateur journalists and photographers—and I use the word amateur with no hint of condescension—even globally established newspapers and magazines have been forced to fold. This is significant indeed.

These are big and highly interesting issues, and cannot be properly discussed in an editorial; although I sincerely hope that some reader will pick up the gauntlet and submit a thoughtful article on the subject to us.

What I shall revisit here in this limited space, is the importance Penang in the development our modernity and urbanity; our educated middle classes; our reading and writing public — and our journalism.

For starters, we all know that Malaysia’s biggest newspaper today—The Star—is a Penang creation. It continues a tradition of English-language rags that have been produced on our little island for over 200 years, starting with the Government Gazette. This appeared on the 20-year-old streets of George Town on a Saturday in February 1806, just after the colony became the fourth Presidency of British India.

By the end of 1807, its name had become Prince of Wales Island Gazette. This, by all accounts, was the first newspaper to be produced in Southeast Asia.

But what about newspapers in local languages? The story of Malay newspapers in Malaya began much later, apparently only at the end of the 19th century. The first appeared around 1877, in Singapore. This was Jawi Peranakan (The Moslem Local-Born). Although the writing was considered poor, this effort stirred into being on the peninsula a list of papers of improving quality. In Penang, Chahaya Pulau Pinang saw the light of day already in 1900.

Malay newspapers tended to come and go, however, but by the time of the Japanese Occupation, five Malay dailies existed on the peninsula, while Penang Island had a triweekly called Sahabat and the bi-weekly Saudara. The latter, started in 1928, was the oldest surviving Malay newspaper at that time. Besides these, Penang also boasted quite a few Malay weekly and monthly magazines.

Where Chinese papers are concerned, the oldest was apparently Penang Sin Poe, established in 1895. It was acquired in 1936 by what is still the oldest surviving Chinese newspaper in the world, Kwong Wah Jit Poh. This latter paper was famously founded by Dr Sun Yatsen. Today, it is more a paper for the northern region, while Nanyang Siang Pau, which was founded in Singapore in 1923 by Tan Kah Kee remains the most important national Chinese paper. Its owners also run the China Press. Guang Ming Daily is another Penang newspaper to mentioned, which was founded in 1987.

But so much for old newspapers. The game changer in recent times has been the Internet, and what this means for the generation and dissemination of what passes for public news is unclear. At the moment, it seems that the possibilities are endless. What we all fear is that quality will be drowned out by quantity, and deep analysis by spontaneous reactions. And will Penang continue to play a key role? No reason why not, really.