Of Races, Racists and Racialists 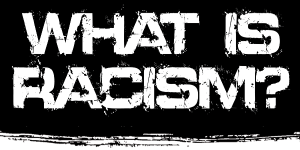 Malaysian political disagreements have deteriorated to a level quite unthinkable in the minds of the founding fathers. Name-calling of the type, “I’m not a racist, you are”, is now common, and does no credit to the country’s reputation.

When childish quarrels take the place of disagreements so thoroughly as they do today, it shows how deeply disjointed society has become. For it is true that one can only disagree if one first agrees on some basic notions with which to disagree through.

Sad to say, the polarisation of society, as seen in the 50/50 split in electoral votes in 2013, is a reflection of a stubborn nationwide inability to communicate seriously across the political divide.

Perhaps we have taken the ability to communicate nationally too much for granted. In fact, the struggle to find a sufficiently common discourse has been going on since Day One.

The notion of race had always been in the air, functioning as the integrated singular expression of cultural differences, class divisions and power struggles. It was when Vision 2020 and Bangsa Malaysia came into vogue in the early 1990s that Race seemed to play a lesser role in how Malaysians thought of themselves. But the financial crisis of 1997-98 put paid to that. However, the optimism of the 1990s had created a population that was pro-active as well, and the Reformasi Movement began. The Abdullah government’s attempt to co-opt the spirit of the times failed, and the government’s preferred discourse fell back into being a race-based one. Given how race and religion are intimately connected in the case of the majority group, the Malays, and how strong and stubborn the new discourse of governance reform has become, it was only to be expected that Race would recruit Religion to fight its battles.

And with that, agreeing to disagree is no longer possible. Name-calling becomes the only game—not reasonable debate in court, in the press or in parliament. Infantilisation may be a more apt term to describe the path the country is heading down.

Power talks. And all else is rendered ineffectual.

At this point, it is important to differentiate between racialism and racism.

But first, we should remind ourselves of how dubious the concept of Race is. A proper discussion here will take too much space, but suffice it to say that what appears an essential race today was a prescribed one yesterday—prescribed by some central power needing to regiment the identity of a population.

Next, let me differentiate between racialism and racism for the purposes of this article. Racialism is the promoting of race as an elementary classification of humans in public discourse. This may expressly inform government policy-making or it may not, but the idea of race—however unclear—is accepted as a relevant part of much social interaction. A racialist is therefore someone who is conscious about “race”, and is accepting of it as an unproblematic notion. This does not make him a racist, but it is a condition for it.

A racist in turn is someone who feels or shows disdain for others based on their racial affiliation. This may be by virtue of prescribed traits and prejudiced observations. Whatever the case, he or she sees racial divisions as moral ones. He need not think his own race the most superior but he does tend to judge people by race. Thus, a racist individual is always a racialist.

At country level, Malaysia is one of very few countries left in the world that is racialist in that it uses race as a central theme in its policy making. As defined above, this does not necessarily make every Malaysian a racist. It just makes it extremely difficult for him or her to describe, analyse or understand the country without using racial terms. What has happened since 1998 is that young Malaysians have been trying very hard to minimise the use of race in describing themselves, their country and their policy thinking by referring to race. For example, it is being proffered that affirmative action in the future should be for the needy, and not for any specific race, as it is now.

It must be said in rounding up the reasoning of this article that, in countries where racialism is strongly discouraged in public discourse and forbidden in policy formulations, racism can just as well exist in everyday life. So Malaysians are not unique in being racist on a daily basis. They are unique only in being racialists. Being racist is still an individual choice.

In short, one can perhaps tell the difference through thinking of racialism as a managerial measure or a means towards privileges; and considering racism simply as expressions of hate.

One thought on “Of Races, Racists and Racialists”