The Point of Competitive Sports is to Cultivate Sportsmanship 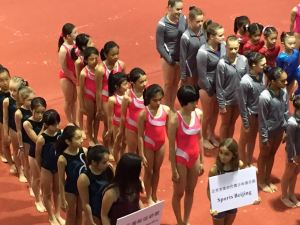 Being a late-bloomer, I seldom took part in sports when I was in school. They felt too physical, too competitive and too regimenting. That did not stop me though from admiring those individuals who could excel not only in sprint, long jump and high jump, but also in football, badminton and volleyball on their off day.

Excelling in sports does come naturally to certain – needless to say, enviable – people. Then there are those who have to try really hard, like me especially, in athletics and ball sports, simply to not look silly. But to be fair to myself, when I think of it, one can do satisfyingly well in different sports at different times in one’s life. By “well”, I don’t mean being a world-beater like Nicol David and the host of talents applauded in this month’s magazine. Performing well for most of us is a competition against one’s own realistic expectations.

And then there are recreational sports, which are what most of us do. Physical activity for the fun of it and for the social benefits it brings. No competitive spirit required; simple enthusiasm will suffice. This explains more than anything else the many sports and recreation clubs found in Penang. Given how Penang overeats, these clubs must have kept many healthy and saved thousands of lives over the years.

It is also exciting today to see how new sports keep cropping up nowadays, born of technological innovations, sustained by consumerism – and powered by the exuberance and foolhardiness of the young.

Advertisement
“Sports” (and which physical activity should be recognised as such and which should not) is a controversial term. Each sport has a history, and its status depends very much on the global influence of the society that gave birth to it and sustains it.

Competitive sports are actually a phenomenon unto itself, fuelled by the reintroduction of ancient Greek militarism and aesthetics over a hundred years ago into modern culture, perhaps as a replacement for open conflict between the nation states that had come and were coming into being. This is commendable in many ways, of course.

In a competition, natural talent can only take you so far. To my mind, those who rely too much on it tend to come in second or third. They lose in the long run to those who have natural talent but do not let it stop them from persevering as if they are not naturally talented.

Talent needs support and encouragement – from family and school, from friends and society – to go beyond what comes easily to you.

This brings me to the most important point I wish to make concerning sports, and this point explains why cheating at sports is so universally disdained. Competitive sports make sense only if conditions are as equal as possible for both sides. That’s why sportsmanship is supposed to be the ethical result of competitive sports. One is supposed to learn not to wish to handicap one’s opponent, either with drugs, rules or other underhanded means.

And so, in applauding our sports heroes, let’s cheer for a society populated by people wishing to be physically active, mentally open – and mindfully fair.