//
you're reading...
Articles, Commentaries, The Edge

The Deep Historical Significance of the 14th General Election* 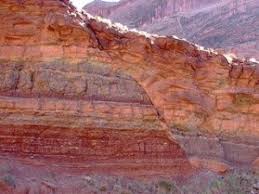 [Published as “Revisiting national history and the significance of GE14”, in The Edge, Malaysia, 30 July 2018].

Whatever one’s politics may be, one has to admit that the origins of the Federation of Malaysia are complicated and are overlaps of compromises made over time to define a middle ground that was democratic enough and yet centralised enough to be comfortably stable.

The middle ground that developed, however, came almost always to be defined in terms of racial balances, to the detriment of other parameters relevant to a modern economy, such as class tensions, urban-rural divides and various socio-economic gaps.

The defeat of the long-standing Barisan Nasional government and its almost immediate implosion on May 9, 2018, can in a way be described as the result of the Najib Razak administration’s unwise rejection of the middle ground, which allowed for the coming together of forces opposed to it. With the Islamists pulling on one side and Pakatan Harapan gathering substantial numbers of rural voters over to its urban support base, UMNO and its long-ruling coalition were side-lined.

Now, one can see May 9, 2018 as a unique election in that sense, i.e. simply as an aberration in a system that had for a long time been the established situation. But that would leave a lot of questions unanswered, foremost of which involves the reformist agenda that the new government under Tun Dr Mahathir Mohamad is keen to champion, and to be seen to champion.

The significance of May 9, to any historian interested in Malaysian politics, is in fact enormous, and in some ways warrants a revisit to the whole post-war period. As you, dear reader, would know, accounts of history are refined and defined by the historian’s art of periodization.

Apart from a news reporter description of the election as an aberration, one could for example consider May 9 to be the finale to a Tale of Three Elections stretching from 2008 when the BN lost five states to the opposition, to 2013 when it held its ground without winning back much of what had been lost, and ending with its calamitous fall in 2018. At one level, this would be a description of the triumph of the electoral strategizing of the supporters of Anwar Ibrahim following their defeat in the 2004 election; and at another, the inability of UMNO to keep the middle ground after the failure of Abdullah’s exaggerated claims at reform in the aftermath of Mahathir’s retirement in 2003.

This leads us to the third periodization – the Inter-Mahathir Era. For quite some time after 2003, Malaysian analyses were about what awaited the country following the exit of the Great Leader. Society’s eagerness for reform which Abdullah Badawi captured to such good effect in 2004 provided him with a long honeymoon period which, when it finally ended, also ended his political career. Najib took over the reins of government, and did what he could to regain the middle ground. On realising on election night 2013 that this was beyond his capacity to do, he began allowing his party and his followers to veer as far to the right as they dared to go. Meanwhile, the scandals that had often followed him increased in number, culminating in the incomprehensibly daring money-laundering kleptocratic scandals history will remember as the 1MBD fiasco.

After watching two prime ministers dismantle whatever it was he thought to be his legacy, Tun Dr Mahathir Mohamad decided to return to the fray, and it is an undeniable testimony to his strategic skills that he has now returned to lead the country again.

Fourthly, if we move the time scale back to 1998, when Mahathir sacked his deputy Anwar Ibrahim, then we may consider the 1998-2018 period as a study in how a reform movement actually overcame all odds to topple the system it considered corrupt and incorrigible. This is notwithstanding the queer condition that it managed to tip the scales in its favour only after Mahathir, the man it came into being to combat, became chairman of its political expression, the Pakatan Harapan—a strange twist of fate indeed.

As Mahathir and Anwar joined forces again, this time to topple the BN regime, one has to wonder if the sentiments in support of the Bangsa Malaysia/Vision 2020 agenda forwarded by Mahathir in 1990 had become intertwined with those championed by Anwar in 1998 after he refused to leave the political scene despite being sacked in September 1998. The differences between these two are largely not essential ones, and whatever policy direction the new government decides to adopt will draw inspiration from the major tenets of these two visions for a future Malaysia.

Indeed, with the recent appointment by Mahathir of Lim Guan Eng as finance minister, the country is reminded of the ludicrousness of the age-old unspoken policy begun in the early 1970s that this vital position should be a racially privileged position reserved for a member of the majority race. This affront to other communities in many ways symbolised the Malay agenda and the excesses that it could easily slide into. With Lim now taking over that important portfolio, a closing to this difficult period is signalled which many hope will be a complete one. The 2018 implosion of the Barisan Nasional that was formed in the early 1970s to restart democracy in a starkly limited form and some would say with the dice loaded to favour the party claiming to represent the interests of the majority, adds credence to this point of view.

Going further back in time, the enormity of what happened on May 9, 2018 also refocuses on the original ambitions and hopes of the founding fathers—and the founding generation—of the country, who clearly believed that once a proper balance was struck between the different ethnic groups, a trajectory for economic growth, trusty inter-ethnic relations, and international prominence was possible, perhaps not despite the diversity of the new nation, but because of it.

The abovementioned list of approaches towards understanding Malaysian in light of the fall of Barisan Nasional would not be complete if one does not pay due attention to the fact that 1946-2018 marks the rise, rise, rise and fall of UMNO. No one doubts that if it is to rise again, it must rise on the back of a new coalition formed around whatever new shape the party itself manages to achieve in the coming months and years.

There can be no Malaysianist who can claim in any believable manner that he is not deeply curious about what internal reforms UMNO will undergo, and what types of collaboration with other parties it will enter into, in order to regain the middle ground that it discarded so facetiously in recent times.

Dato’ Dr Ooi Kee Beng is the Executive Director of Penang Institute. His forthcoming book is “Catharsis: A Second Chance for Malaysian Democracy” (SIRD, Penang Institute and ISEAS Publishing). This article is a summary of a speech given on 18 July 2018 at the HEAD Foundation, Singapore.