Amazed, Enthused and Amused by Music 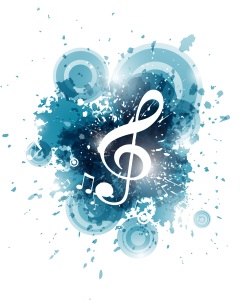 Computer-generated imagery, better remembered as CGI, has radically changed the movie industry. Anything can now be made to look extremely real on the screen; and we are left marvelling at the cleverness involved as well as the computer programming and power that lie behind this mastery of illusions.

But at the same time, have you noticed how, despite all the effort done to put us into a visual trance that takes us into another reality, movie makers still cannot do without background music?
Despite all the work put into creating visual realism, background music—which of course is not a natural part of whatever event is unfolding on the screen, but an insertion that should be intrusive but isn’t—is profusely and profoundly used. Neither they nor the audience/spectator can do without it. [Note here that I could not say audience alone, or spectator alone; because the visual stimulation does not happen without audial accompaniment, and vice versa. They have to be harmonised].

What does that tell us about our relationship to music?

Film music sets the tone and prepares your emotions and your expectations of what is to come—the way overtures kick off a symphony or a musical. Background music, when chosen well, acts as a lubricant to slide you into unfolding events, and it heightens the emotion the filmmaker wishes to generate through the visuals and the sounds. Even when silence is chosen, it is not really silence, it is a musical pause between background music segments.

What we call “background music” is ubiquitous, as ubiquitous and significant as the visible stage settings in a theatre play, defining yet taken for granted. It helps provide a maze—a collection of possible actions and outcomes, and in that sense is truly amazing. [“Soundtracks” are something else, often put in to develop associations to help sell records later].
Intangible yet pervasive, music to us humans, who are often see-touch-and-feel beings, was traditionally considered divine and transcendental—filling the cosmos, perhaps constituting it—as claimed for the Sanskrit “Om” or the “Big Bang Echo” of Modern Physics.

Come to think of it, is the azan (adhan), the Muslim call to prayer, not like an overture, a song to set the ambience? After all, it did originate from Bilal al-Habashi, the first muezzin, famous for his beautiful voice, and is performed five times a day all over the world.

In Confucianism, music was considered both as tool for and expression of human cultivation. As the Sage said, “”It is by the Odes that the mind is aroused. It is by the Rules of Propriety that the character is established. It is from music that the finish is received (Analects 8.8)”. Interestingly, “Joy” and “Music” are symbolised by the same Chinese character, even if pronounced differently.

As with background music that is well chosen, Music as cultivation harmonises the diverse facets of human existence, like a universal aesthetical and ethical solvent.

The word “music” comes from ancient Greece, and “mousike” was a term used to mean “Art of the Muses”. The Muses are minor goddesses in Greek mythology, credited more specifically with being the source of the knowledge embodied in poetry, songs and myths. Some accounts claim that they are nine, all daughters of Zeus and Mnemosyne (Memory); some say there are three, some four. Whichever the configuration one prefers, these muses personify inspiration in mankind’s most reflective fields of activity.

As a final curiosum, let’s come back to our era. One could muse over the idea that the generation of the 1960s and 70s was more audience than spectator, enthused with creative young music; while the generation of today, half a century later, favours the eyes to the ears, screen-gazers as most of us now are. The historical dynamics of technological innovations may have something to do with it—sound technology coming before screen technology; or maybe astrology has a cosmic answer to this. Amusing, in any case.