After a year in power, has Pakatan Harapan learnt enough to save Malaysia from itself? 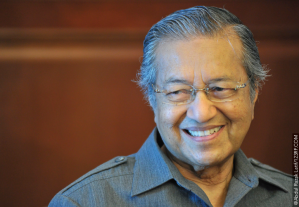 PENANG: The big debate in Malaysia one year after the change in government on May 9, 2018, concerns the unfolding nature of Pakatan Harapan (PH).

No one seriously doubts that it has charted a vastly different path for the country from that set by the Barisan Nasional (BN) that had ruled the country for over six decades.

THREE TAKES ON THE PAKATAN HARAPAN

Those who are prone to give the government the benefit of the doubt argue for Malaysian citizens to be realistic and patient, and to accept inexperience rather than incompetence as the reason for failures and strategic mistakes.

Those in the other camp continue highlighting the controversial issues of race, religion and royalty (the 3Rs) that have plagued the PH coalition.

Given the fact that the PH won power with only 48 per cent of the popular vote, this opposing camp is not an adversary to be glibly dismissed. Over the past year, this segment’s efforts to persistently discredit the government has been rather impressive.

To be sure, the PH government is new and inexperienced, and the coalition itself is a novel innovation. Although it strategised well enough to win the elections last year, it was not really prepared for power.

Taking over from a regime as central to the system as the BN had been has brought to the fore challenges that the government must now learn to handle on a daily basis.

The embarrassment of losing a stream of by-elections aside, the PH has to deal with the discursive stasis and cynicism that characterise a society used to living under coercive conditions for generations, and is now worn out from being bombarded by daily political contestation.

A third group — a mix of perpetual fence-sitters and sceptics — see PH failures and hesitations as an unveiling of hidden agendas and human weaknesses.

The final picture once all the cards have been laid, they are convinced, will be that PH is not that different from BN; and that this is revealing of the sad fate and path dependence that Malaysia is trapped in.

These fissures in the polity of the country are not likely to disappear anytime soon; but then that is why a movement bannered by the broad notion of “reform” has proven so persistent, and was finally triumphant.

The sense that Malaysia is in a rut where the building of the state, the nation and the national economy is concerned is what grew to reach tipping point on May 9, 2018.

Still, the more countries that in the consciousness of Malaysians were once basket cases — which include China, India, Thailand and Vietnam — surpass or will imminently surpass Malaysia, the greater the need to revisit the deeper mistakes made in Malaysia’s developmental strategy becomes. The luxury of fixing internal ethnic and religious conditions to suit the BN agenda, it must now be admitted, wasted away many of the advantages the country had from the beginning, such as a good education system, a strong civil service, and a diverse and modernising economy.

For Malaysia to break away from the gravitational pull of the centrifugal forces that have pulled it towards zero-sum politics for so long, it needs to orient all energies towards creating a new escape velocity. The PH’s stunning win in 2018 was a jolt but a much stronger push is needed.

IDENTIFYING AND BREAKING THE CHRYSALIS

This is what is becoming obvious after a year of reform attempts by the PH government; egged on inexorably by game-changing regional geopolitical and economic changes such as the coming of China’s Belt and Road Initiative and the long-term stalling of the global economy.

Calls for a new national narrative to supplant and overcome the binary dichotomies of “Malaysian Malaysia versus Malay Malaysia”, and “Good Governance versus the 3Rs” are being heard from various directions. Such a narrative, if it is to slingshot the country into a new dimension of economic growth, in my mind, has to be a change in paradigm that focuses the country’s imagination on global opportunities.

In other words, it has to be a clearly externally oriented initiative, one that understands the forces now at play internationally and what Malaysia’s destiny is in that geostrategic whirlwind. Within this scenario, even Prime Minister Dr Mahathir Mohamad’s Vision 2020 espoused in 1991 appears inward-looking.

No doubt the more obvious and immediate reforms have been about raising the integrity of key institutions and setting a new direction in judicial thinking.

The results so far have been a mixed bag, with the bigger failures being due to the continued relevance and efficacy of the opposition resorting to identity politics. But what should be highlighted is the fact that the new government is considering a greater role and an improved reputation for the country on the international arena.

Setting more conducive conditions for the inflow of foreign direct investments, jumpstarting the country’s stalled digitisation, taking strategic stances internationally to enhance the country’s stature, and making the country’s economic agenda more regional in character, offer not only good chances for the country to make up for lost years. These are also a way to end the isolationism and introvertedness that have encouraged racially charged and feudalist attitudes to flourish for so long.

If we take a historical view, all new nations — and Malaysia is stereotypical of this — go through a period of nation- and state-building configured by conceptual conservatism and stasis. Over time, no matter how well this process works, an institutional chrysalis forms, turning the country’s political discourse and self-identity into a navel-gazing exercise. The conceptual isolationism of the early decades, upheld by ethnocentric thinking, mass media control and draconian laws, once left devoid of a nation-building ethos, quickly spun into high corruption and broad authoritarianism.

This is the historical point Malaysia has reached. The present calls for reform and the need for a new narrative are simply attempts to break the isolating and solid shell that the early period of nation- and state-building created, which now chokes further economic and cultural growth.

While observers look at domestic reforms to decide if the new government is capable of carrying out its electoral promises, and whether it is sincere or not in leaving identity politics behind; they should also ruminate over the range of attempts being made to open up the country’s political discourse as part and parcel of the country’s ongoing transformation.

Decades of inward-looking policies and zero-sum identity politics should lead Malaysia to look outwards for inspiration, in charting out its economic ambitions and move the country towards a collective goal to engage the global economy.

Ooi Kee Beng is Executive Director of the Penang Institute and Visiting Senior Fellow at the ISEAS-Yusof Ishak Institute. His latest book, Catharsis: A Second Chance for Democracy in Malaysia was published in 2018.

Dr OOI KEE BENG is the Executive Director of Penang Institute (George Town, Penang, Malaysia). He was born and raised in Penang, and was the Deputy Director of ISEAS - Yusof Ishak Institute (formerly the Institute of Southeast Asian Studies, ISEAS). He is the founder-editor of the Penang Monthly (published by Penang Institute), ISEAS Perspective (published by ISEAS) and ISSUES (published by Penang Institute). He is also editor of Trends in Southeast Asia, and a columnist for The Edge, Malaysia.
View all posts by Ooi Kee Beng »
« Should Malaysia ride the coming EV disruption or stay with the norm?
Flying the Jalur Gemilang again, and not the Jolly Roger »