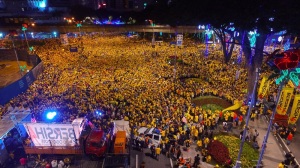 When a process of liberation has actually succeeded in emancipating a category of humans, subsequent generations should find it hard to imagine the conditions of that subjugation, or even the type of society that allowed it. But then, few liberating processes are ever complete, or are completed; and it is wise to remember that all freedoms live under constant threat. No moral war is ever won for good.

Such is the lot of humans. The present struggle for gender equality, for the eradication of poverty and slavery, and for a sustainable environment, for example, will lead at best only to limited – and perhaps temporary – successes.

Equally shocking is the realisation, as espoused in early modern thought, that we as a rule compromise one freedom in order to secure another. But although endlessly forced to enter into social contracts, we nevertheless seek sanity, i.e. we seek a sense of freedom as individuals and as members of collectives.

To my mind, the basic form of freedom is simply the ability to be mobile, to leave a situation that one finds to be increasingly coercive. Having drastically limited mobility is thus the opposite of being free. Prisons are therefore the symbol of the unfreedom of the industrial age. Schools would be that as well, if not for the saving grace of being institutions of learning and of preparation for life in the industrialised world.

But we are now in the post-industrial age. So how does that affect the conditions and the concept of freedom and unfreedom?

The act of “Escaping” is thus the concrete act of self-liberation. Mobility, it would appear, is a guarantee of freedom. To be mobile is to be free. This was expressed clearly when the bicycle was invented, allowing women to break away from chaperones and from the moralising and untrusting eye of society.

Equally interesting is the emergence in the early twentieth century of the notion of teenagers. It was used to refer to in Sunday School classes in Britain before the First World War. Earlier forms such as “teener” or “teen-aged” were found in the nineteenth century in America, but were not commonly used.

In our part of the world, we tend to think of Youths and Teenagers as something that appeared in the 1950s with the coming of popular culture and with the spending power of baby-boomers. Indeed, the post-war generation did break boundaries. One could of course see information and mass communication technologies leading up to the internet and social media today as the major liberating force in many ways. The contraceptive pill was of course quite a revolution in itself.

The appearance of teenagers, and by the end of the twentieth century, of “Youths” as a public policy concept, and of Generations X, Y and Z, signify the liberation of an age group that, especially in Asian societies, was a suppressed one.

The choices open to the young, offered by ICT and global systems in education, work and travel, by a global language, and by the apparent liberation of peoples through the creation of nation states, are now plenty.

This century’s means of mobility – physical, social, professional, intellectual – have created at its height a growing young-ish elite whose children are, for better or worse, multi-metropolitan in outlook and sentiment.

So one could argue that there has been a process of liberation over the last century of the category of people we call “Youths”, and it has come so far that we no longer remember a time when they were not the most important humans in the world.

But as noted earlier, no liberation is complete in itself. There are always social contracts to sign with the rest of mankind. The apparent retreat in American and British society in 2016 when Donald Trump was voted into power on a ticker of anti-globalisation and anti-multilateralism, and when Britain decided to withdraw from Europe (and perhaps the world outside its comfort zone), can be seen as a failure to reach a compromise. After all, one man’s freedom tends to be another man’s prison, especially where privilege, opportunity and wealth are concerned.

The post-industrial age, to my mind, needs to rectify the limitations of the industrial age. And this can be done through an educational focus on the humanities and the social sciences again.

The energy unleashed by the Youth paradigm is exciting indeed, even though we should consider the fact that it is more often than not people at the end of their youth who are sustainably creative.

In sports, Youth definitely rules; in computer coding too, and definitely in consumption. But in many other things critical to the well-being of society, Youth needs tempering, and they need mentoring, and their close elders – ex-members of an earlier Youth category – need to recruit young energy to realise the ideals that they might have had before adulthood immobilised them.