Was the Pakatan Harapan coalition doomed to fail from the start? 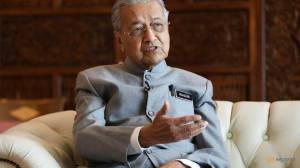 What unfolded by the end of Monday was that Dr Mahathir Mohamad had resigned as prime minister, only to become interim prime minister at the request of the Agong.
This also meant that the Pakatan Harapan Cabinet no longer existed, and Malaysia was without a government aside from Mahathir himself.

There had been intense speculation that a new coalition was being formed after the rug was pulled under from the feet of the PH government — and this intrigue was being orchestrated by Mahathir.

It was rumoured that he would lead his party Bersatu to exit the Pakatan Harapan (PH) and form a new government together with the United Malays National Organisation (UMNO), Parti Islam Se-Malaysia (PAS), a breakaway from Anwar Ibrahim’s Parti Keadilan Rakyat led by Azmin Ali and the ruling coalitions from the East Malaysian states of Sabah and Sarawak.

INHERENT WEAKNESSES IN THE PAKATAN HARAPAN
What the results of the general elections held on May 9, 2018 had signalled was that there were limits to how far abuse of power and other transgressions the Malaysian democratic system could go.

But despite winning, inherent weaknesses in the PH government remained. In the euphoria of the times, the fact that the PH did not really win the popular vote despite winning power, garnering only about 48 per cent of votes cast, was quickly forgotten, resulting in much criticism.

Another weakness was the unbridgeable split within Anwar Ibrahim’s party, Parti Keadilan Rakyat (PKR). That saga remained in the news partly because the new opposition, through its traditional influence over various channels, made certain of that. What made it worse was that no serious attempt was made within the PKR to mend that rift.

The forerunner to PH, the Pakatan Rakyat (PR), also suffered an inherent weakness, namely the mutual distrust between two of its component parties – the Islamist PAS and the minorities-based Democratic Action Party (DAP). That weakness finally led to its fall.

Its replacement, the PH, had no real shot at winning power until Mahathir’s newly formed Bersatu appeared, and asked to join it.

The configuration of the PH that took power on May 9, 2018 was thus a relatively new coalition. It consisted of an inner core made up of PKR, DAP and Amanah, the breakaway from PAS created after the fall of PR, and the newcomer Bersatu, led by Mahathir and made up of dissidents from UMNO and young Malays who could not see themselves joining the other Malay-based parties.

A CHALLENGE TO THE PH: THE IDEA OF MALAY UNITY
In some ways, the Malay community having five prominent Malay-based parties (including PKR, which is largely Malay-led) signalled a socio-political diversification in the Malay community.
This is a clearly positive development. (In contrast, Chinese and Indian minorities on the Peninsula gathered around the DAP.)

But judging from developments over the last few days, the idea of gathering all willing Malay-based parties under a Malay-Muslim banner, under Mahathir, and with the backing of the leading Bumiputera-based coalitions from East Malaysia, remained an attractive political concept that could potentially topple the PH.

It was waiting to be tested, especially by those whose political future did not look bright within the PH constellation. These would include the faction within the PKR led by Azmin Ali, and the leaders of UMNO, many of whom are facing corruption charges that carry serious punishments.

Bersatu, a new party whose future after Mahathir has always been in doubt, made common cause with Azmin’s faction in intrigues that left even Mahathir, the party’s founder, confounded.
The party’s president, Muhyiddin Yassin, once deputy prime minister under Najib Razak, effectively timed the party’s departure from the PH coalition.

RESIGNATION THE MASTERSTROKE
But to the surprise of the coup-makers, Mahathir suddenly resigned as prime minister, throwing everyone’s game off-keel. When the dust settles, this may prove to be the masterstroke in the crisis.

Mahathir comes out on top, and everyone promises him public support and is at his mercy.
It is now for him to sew together a new government without him being beholden to anyone the way his deal with the PH had constrained him.

A DISMAL SCENARIO
The end result of the coup d’etat attempt remains unclear. Should the alternative alliance of Bersatu UMNO, PAS and the East Malaysian parties succeed in overturning the reform platform that won the 2018 elections, the Reformasi movement that began in 1998 could be derailed for good.

Trust in the system will be badly eroded, with knock-on effects for confidence in Malaysia’s economy.

What was strange — and disturbing to some — since the fall of the BN from power in 2018 had been that its major partners — UMNO, the Malaysian Chinese Association (MCA) and the Malaysian Indian Congress (MIC) — nevertheless ignored making any internal reforms. Only Gerakan left the coalition but it did not effectuate major internal reforms.

This digging in of heels among the leaders of the losing parties suggests a deeper understanding of the workings of Malaysian politics: That as long as you remain in the game, there is hope and you should simply bide your time; the game is always still afoot.

With that insight in mind, we may expect more surprises to come on the Malaysian political stage.

Dr Ooi Kee Beng is the Executive Director of Penang Institute. His latest books include Catharsis. A Second Chance for Democracy in Malaysia.