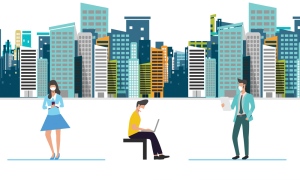 THE NOVEL CORONAVIRUS that causes Covid-19 has been going about its deadly business for six months now. To date (July 10, 2020), 12,414,853 people have officially been infected by it, and since the first week of May, the seven-day moving average for deaths per day globally has been around 4,700.

All inhabited continents are affected, and at last count, 215 countries have had cases, with 157 of them having had more than 10 deaths so far.

The fatality rate is hard to ascertain for an ongoing global pandemic, but if we look at closed cases, 93% (7,799,419 cases) have recovered while 7% (557,923) have passed away from causes related to the disease. This can perhaps function as a high-side indicator. Official fatality figures otherwise vary from 3-5%; that would function well as the lowside indicator.

While laboratories rush to create a vaccine for this pestilence, there is growing fear that the virus has begun mutating. This could be a race that is not possible for humans to decisively win; we may have to simply live with it.

In order not to die from it, human behaviour will have to adapt. How, is the trillion-dollar question today. Many still see this plague as a temporary disturbance to the global order of things, while others consider it an event with deep socio-evolutionary consequences.

Now, it may be true that any human can be infected by Covid-19, but the statistics clearly show that apart from people with medical pre-conditions, often older people, poor communities are more susceptible, living as they often do under cramped conditions with limited access to health support, and generally under-nourished.

For those countries that are not able to restructure their economy, their education system, and their governance – and the general thinking and behaviour of their citizens – to the new conditions, the consequences can be devastating. The poorer and more disordered they get, the less they will be able to contain the virus.

But effective change is harder, the more complicated a system is. And the global economy today is a convoluted one. Not only are supply chains of production and consumption severely stretched, the world order has been unstable since the recent rise of economic powers such as China and India. The US-China trade war, and China- India tensions, not to mention the growing distrust within US alliances throughout the world, are clear signs of this.

Without multilateral channels to coordinate a proper response to the challenges that Covid-19 has thrown at this unsteady world order, governments are feeling that they have to put their own house into order according to domestic conditions before considering what their neighbours or the big powers might wish to do.

No doubt most big changes will come from those directions, but individuals should seriously empower themselves and decide at the most immediate social levels what values they hold dear, what teamwork they believe to be trustworthy, and what cultural and economic behaviour they consider resilient.

In short, individuals should take advantage of the self-dismantling of the old system to reassert the daily social ethics that lie at the base of democratic thought, to realise that power structures – be these governments, political parties or religious authorities, seek to alienate them one from the other, and thereby relearn the meaning of the common good.

Covid-19 has levelled daily social relations such that we are all equals as organisms who can indiscriminately carry the disease and pass it on to the next person, whoever he or she may be, and who at the same time can be afflicted with the disease by any other person, no matter who he or she may be.

This turns our daily life into a laboratory for ethical reassessment, and instead of allowing fear to separate us, one from another, we should let this be a fantastic occasion for us to relearn mutual respect at an immediate level, and hopefully as a self-evident attitude.

In fact, the demonstrations on the streets of the US against police abuse of power and of racism as a historically transparent truth, can be seen as a movement to reject a deep wrong that had become an ideological norm. All societies and nations, Malaysia definitely included, have many such truths, and it is not in the interest of old power structures to highlight them as they adapt to Covid-19.

Instead, it is for individuals like you and me to make unethical structures and thoughts undeniable so that we may throw them onto the rubbish heap of history. Now is a good time.

Dr OOI KEE BENG is the Executive Director of Penang Institute (George Town, Penang, Malaysia). He was born and raised in Penang, and was the Deputy Director of ISEAS - Yusof Ishak Institute (formerly the Institute of Southeast Asian Studies, ISEAS). He is the founder-editor of the Penang Monthly (published by Penang Institute), ISEAS Perspective (published by ISEAS) and ISSUES (published by Penang Institute). He is also editor of Trends in Southeast Asia, and a columnist for The Edge, Malaysia.
View all posts by Ooi Kee Beng »
« Will Covid-19 bring crucial epiphanies to redeem the human species?
Keeping Public Space Secure is the Great Pandemic Challenge »