Digital Literacy Should be Pursued the Way Universal Literacy Once Was 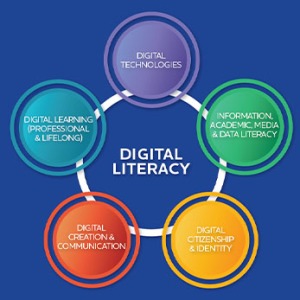 AT ITS MOST basic level, literacy is about the ability to read and write. But reading and writing is a goal to an end. It was to get us educated. Literacy leads us into a world of endless knowledge – and communication.

Literacy as a measure of access to knowledge and as an ability to navigate social life, is clearly not an easy thing to determine, let alone gauge. Beyond a certain point and a certain age, how we take or do not take advantage of this skill becomes a personal matter, like religion.

Though these figures are encouraging, a variance of one or two points at these high levels can hide significant socio-political differences nevertheless. For example, in Malaysia and Singapore, schooling is compulsory for only six years. Thailand and Indonesia require kids to attend nine years of school, while Brunei implements a 12-year limit (seven years for Muslim religious schools). The Philippines obliges children to be schooled for at least 13 years, from kindergarten to senior high.

Given that global knowledge is accessible in some languages more than others, the efficacy of literacy is strongly related to the languages in which a society is fluent. Also, the percentage of the population with tertiary education as well as its tertiary education enrolment rate are highly relevant measures to consider when gauging literacy.

Interestingly, while Malaysia and Singapore both have six-year compulsory schooling, the share of their population that has tertiary education differs greatly.

Figures from 2018 show that 18.8% of Malaysians have had tertiary education, compared to 46.7% for Singapore. Meanwhile, although Brunei equals Singapore in general literacy, at 97.2%, it trails the former badly in having only 13.2% of its population having had tertiary education. (To be sure, the figure for Brunei is from 2011, but any improvement since then would not have made any significant difference to this comparison). Again, the Philippines has the highest literacy rate in ASEAN, thanks to its long compulsory schooling period, but its tertiary education literacy is only 16% (in 2017), behind Singapore,

Malaysia and Thailand (at 19.2%). If one considers fluency in English as a strong comparative advantage in the global age, then Singapore and the Philippines stand on good grounds, while Malaysia, where English was once popularly used, has been markedly dropping behind on that front.

Knowing how to read and write, and in globally relevant languages, is a good start to society’s journey towards digital literacy, and judging by how well young people embrace smart devices nowadays, one can assume that much literacy training today actually happens online– on screen.

Basic digital literacy, it would seem, is being achieved very quickly and without much policy intervention. The smartphone has seen to that. But digital literacy at the higher level, at the tertiary level – at the creative level, as it were – is the goal to aim for in the 21st century.

As with universal literacy in the early years of nationbuilding when schools needed to be built quickly, digital literacy today requires reliable digital infrastructure to be put into place as quickly as possible. The pull factor in the digital world is much stronger than was the case with normal schooling, which also means that the urgency is much greater; and the factor slowing this process of change down is often governments and their lack of foresight and their institutional lethargy.

For the rest of society, Digital Literacy requires a leap of faith, especially by the older generations and by those used to older – analogue –ways of doing things. Although digital technophobia is a real thing, I have yet to meet a young person today who refuses to use smart devices.

Therefore, to take full advantage of this enthusiasm and to make sure that society is not left to fend for itself at the mercy of societies that succeed in digitalisation, the major responsibility of any government today is to raise society’s Digital Literacy by any means it can – and to do it quickly.

Just as the building of primary and secondary schools was of such great importance in the early days of nation-building, and just as how that was complemented by the establishment of tertiary education centres, digital infrastructure should be a major investment for governments, and tertiary level digital connectivity should be guaranteed the way good schools were in the 20th century.