Let’s be cosmopolitan and leave multi-ethnicity behind 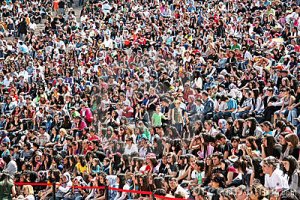 It is fascinating how seemingly innocuous words actually are not. Especially those that sound neutral, even ethically positive. That is why the sage never thinks in haste, because he knows the words that bear his thoughts cannot be trusted and his listener’s ability to understand him the way he wishes to be understood must always be doubted.

Take “multi-ethnic” for example. We often consider that term to be a practical synonym for “pluralism” or “multicultural”. And so, we move on from that concept to begin dreaming about celebrating diversity based on multiethnicity. And we are then exasperated by how impossible that seems to be.

I suspect the basic problem is that “multiethnic” is actually a highly conservative term. Its major connotations are static and ignore the evolving nature of individual identities in favour of collectivising humans under simple groupings.

Revealingly, after the term “race” became taboo in social scientific circles following the end of the Second World War, “ethnicity” was recruited instead to replace it. In Malaysia, we now use those two as synonyms, as we do with “multiracial” and “multi-ethnic”.

Putting together disparate units that are in the process starkly distinguished from each other does not bode well for the harmony of the whole. There is a contradiction herein that should warn us to have low expectations. The association between the groups is encouraged to be cultural or religious, and is about treating each other as members and representatives of distinct groups. This collective identity approach to social life is a defensive and conflict-oriented one that cannot but breed caution and fear rather than celebration and enjoyment. If you ask me, that is where racism has its roots.

The future is urban
There is also the aspect of existential space. If we assume rurality as the backdrop for modern social interactions, then we are assuming that there is sufficient space for problematic differences to exist at a safe distance from each other. On the other hand, if we assume urbanity instead as the present and definitely the future nature of Malaysian society, then we must deal with the fact that there is simply not enough existential space for static divisions to be able to co-exist harmoniously.

And so, thinking in terms of “multiethnicity” and the like will not work. It is a remnant of our past. Just as the racebased nature of so many of the country’s national parties is an embarrassing heritage.

Modernity is an urban phenomenon. I will not need to argue this point; the evidence in support of this is abundant, ranging from the increasing proportion of people living in cities and from the growth of mega-cities as economic centres. And since we must assume urbanity as our future state, we have to take on the challenge of social harmony in cramped spaces. Which means we had better stop thinking in haste, and instead consider the effective connotations of the terms we pick to anchor national discourses, and try to choose words that will foster attitudes conducive to harmony in urban life.

Let me suggest that the next time you feel like saying “multi-ethnic” or “multiracial”, you use the word “cosmopolitan” instead. We have a multi-ethnic society already. We describe it as such, and we conserve it as such. What we want is something beyond that. “Cosmopolitan” sounds just about right.

This term does not highlight collective identities and it does not force social interactions onto one or two politicallyfavoured dimensions. It is open-ended, and it is individual-friendly.

Most importantly, it is inclusive of non-collective identities the way “multiethnic” is not.

NOTE: For those interested, read Cosmopolitanism. Ethics in the World of Strangers by Kwame Anthony Appiah (Penguin 2007).