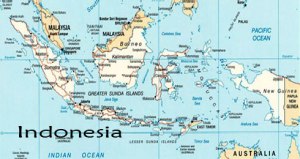 For THE EDGE MALAYSIA, March 29-April 4

How the geographical belt stretching from South India through Southeast Asia up to Northeast Asia develops in the near future holds great significance not only for the global economy but for how leaders in maritime Southeast Asia think about their own country.

To be sure, the national economies in this enormous region combined make up about 28 percent of global GDP, according to figures for 2013 from the International Monetary Fund. Although this may seem impressive, comparisons with developed countries is sobering nevertheless. The USA alone produces 22 percent of world GDP and the European Union is responsible for another 23.4 percent; and the United Kingdom’s GDP alone is slightly bigger than that for ASEAN as a whole.

The region is the fastest growing in the world. ASEAN economies actually grew by 300 percent between 2001 and 2013. China’s over the same period, went up four times.

More poignantly, a paradigmatic shift in strategic—and nationalistic—thought recently took place there. I am thinking of two related matters. First is the idea that infrastructure financing is central to the economic planning of any country. For example, despite all the flaws of the Mahathir period, what Malaysians still get complimentary remarks about from that era are still the highways that crisscross the country and the Klang Valley—never mind the dubious vendor contracts and the traffic jams. The country’s economic life depends on those roads.

Back then as now, well-planned infrastructure building is basic to national development.

What the US-run World Bank and the Japan-run Asian Development Bank do not possess today, and what the emerging China-led Asian Infrastructure Investment Bank (AIIB) probably will have, are pockets deep enough to finance gigantic infrastructure projects. One could argue that the decades-long strategy of these international financing organisations to keep new players out of their top hierarchy has now backfired. Even before the AIIB was announced at the APEC Summit in Bali in October 2013, from which President Barack Obama was incidentally absent, China had earlier that same year at the sixth BRICS summit in Brazil—another important international forum in which it is a key player—signed into being the New Development Bank. This body will be based in Shanghai, while the AIIB will have its headquarters in Beijing.

Whatever the underlying strategic considerations for these initiatives, the promise of huge investments for infrastructure construction is not to be sneered at by any country, big or small, developed or developing.
Second, and this is just as significant as the billions of dollars being collected for the two banks, is China’s 21st Century Maritime Silk Road initiative. In his speech to the Indonesian Parliament in October 2013 on the issue, Chinese President Xi Jinping promised through it to “strengthen maritime cooperation with ASEAN”.

For an archipelagic country like Indonesia, this Big Power shift in strategic thinking holds great import. Despite the historical fact that the colonising Europeans, from the Portuguese and the Spanish to the Dutch and the English, had occupied themselves mainly with controlling the sea routes between India and China; those who inherited their political legacy strangely did not consider the sea their major strategic concerns. Instead, they acted like continental powers thinking more about protecting land borders than controlling maritime trade routes.

Independence for the countries in the archipelago, i.e. Indonesia, Malaysia, the Philippines, Brunei and Singapore, saw the main focus of nation building being about land use and rural development. The sea, so important until that point in history, was not prioritized. Singapore appears the exception in continuing to make full use of its maritime nature. It helps of course that it has had no hinterland to distract it.

Traditional polities in the region—even before the colonialists—had sought to control trade routes. Thus, ports and islands such as Kedah, Malacca and the Riau region, were where the powerful would base themselves and forge strategies, from cooperating with pirates to having an effective navy or the support of regional powers such as Ming China.

Strikingly, in conjunction with Beijing’s Maritime Silk Road initiative, is the sudden conviction in Indonesia’s new president, Joko Widjojo (Jokowi) that his country must assert its importance as a maritime nation situated between the Indian and the Pacific Oceans. For Southeast Asians, how this Indonesian undertaking develops will configure the basic workings even of China’s Maritime Silk Road. In fact, the two may not be easily separable.

It has long been lamented that Indonesia’s bad infrastructure was impeding its development. By that, observers had meant the lack of roads, public transport, boats, airports and harbour facilities. In bringing in the sea as a definer of the nation’s identity—after all, Indonesia has 17,000 islands—the daily living conditions of many Indonesians are brought into focus. The first pillar of Jokowi’s new doctrine seeks to make Indonesians aware of “the oceans as part of the nation’s identity, its prosperity and its future […] determined by how we manage the oceans”.

That this should come as a surprise to observers and be perceived by them as unanticipated nationalism on the part of President Jokowi is in itself surprising indeed.

His second pillar concerns guaranteeing food security and sovereignty through the development of the fishing industry. Marine resources having to be maintained and managed leads us to his third pillar; which is “to provide priority to the development of maritime infrastructure and connectivity by constructing sea highways along the shore of Java, establish deep seaports and logistical networks as well as developing the shipping industry and maritime tourism.” It is no longer on land that infrastructure is needed. It is just as much on the sea, or at least the coastlines. And institutions like the AIIB will presumably be all too happy to pump resources into the budding maritime industries.

Jokowi’s fourth pillar seeks to develop maritime diplomacy in order to eliminate “the source of conflicts at sea, such as illegal fishing, violations of sovereignty, territorial disputes, piracy and marine pollution.” Lastly, Jakarta’s ambition is to develop Indonesia’s naval defense for protecting the country’s sovereignty; and maintain the safety of shipping and maritime security.

The doctrine does broadcast a radical shift in policy orientation—from Beijing down to Jakarta. The question is, how come it took so long for an archipelagic country like Indonesia to adopt a stance that seems totally natural to it once it is announced? Recent notions of nation building as a land-based project have to bear part of the blame, alongside a development model that is FDI-based and export-oriented sustained over decades.