Creating a City of Culture Costs—But We Should Happily Pay 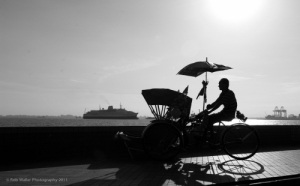 Artists – be these painters or sculptors, musicians or even authors in many cases – need sponsors. They need patrons. In our commercial age, there is of course the market, through which some artists can succeed. Those are few though, and the so-called market often plays hard-to-get, prefers art and culture to be free-of-charge, and it is also extremely fickle.

And since the arts are about taste—and this varies greatly, most artists try to avoid being held hostage by popular demand. And so, what are we left with? We are all convinced that the soul of a society is nurtured by the arts that its members create, but how are our artists to survive?

Traditionally, patrons of the arts are found among the super-rich, and among those who control the state purse. Importantly, patronage of the arts should not be considered charity. Charity is often granted to the needy, to people in dire straits not of their own making. Artists however tend to be people who chose poverty—or at least a life without luxuries—because they value their aesthetic and creative needs highly. Some do not feel they have a choice, in fact.

Penang today, with its desire to be recognized as a City of Culture and with so much of its economic welfare dependent on tourism, has to be visionary if it is to support its people in valuing the arts and in pursuing their artistic leanings. The effluent class must also realize acutely how essential a society’s appreciation of art is to its contentment and its confidence. In this, public policy-makers, keepers of the public coffers, must take the lead.

But while taking the lead, they should not decide what Art is and what it is not. That should strategically and realistically be left to artists and to their organisations. This is perhaps the hard part when it comes to public sector support of the arts in a developing country like Malaysia. Money being budgeted for matters whose benefits to society are not easily quantified tends to turn the most liberal leader into a cautious micromanager; and programmes that challenge the technical and legal mindset of the bureaucrat tend to become over-regulated.
More than in most other fields, policy discussions affecting the arts need input from below; not so much from the general public as such, but from the community of artists, which is often bigger and more embedded in society than one might think.

Patronage for the arts is a public investment, and should be considered in the same category as investments in infrastructure or in public works. These form the backdrop for the economy. Their contribution, though vital, is often taken for granted.

In that important sense, we see the error in thinking, as we often do, that the arts are a luxury—a project that is relevant only after our basic needs are satisfied. However, just as a national economy begins with infrastructures being put in place, a cheerful society begins with its playful and artistic impulses being encouraged. Who is able to draw the line between what is economic and what is not anyway? And between what is basic and what is not.

A society that neglects its artistic needs does not understand the source of its own integrity.