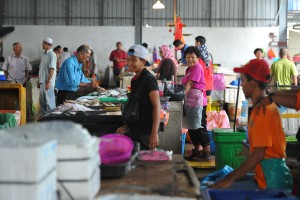 The issue of Bangsa Johor (Johor nationality) made national news again on Wednesday, when former prime minister Mahathir Mohamed was asked about it at a forum on relations between the federal government and state governments.

Asked about Johor’s separation from Malaysia, a national concern fanned by provocative comments made by Johor’s Crown Prince, Tunku Ismail Sultan Ibrahim, Tun Dr Mahathir replied that such a separation would encourage “unhealthy” feelings of superiority and harm the unity of the federation.

The issue of “Bangsa Johor” is hugely interesting on several levels. It acts as a reminder that despite the centralised nature of Malaysian governance, the country was sewn together in the 1940s, 1950s and 1960s as a federation. This was clearly reflected in the country’s 1957 Constitution.

This solution, worked out for a smooth decolonisation process, sought to acknowledge diversity while uniting a miscellany of state formations, identities and loyalties. Over the last half-century, however, much has happened to undermine this compromise.

The role of race champion that the Malay-based Umno developed for itself quickly skewed the national inter-ethnic compromise – and its consequent federal system – to such an extent that being Malay became more important to most of its followers than becoming Malaysian.

It also led to the power-sharing system that united the nation’s diverse groups from the very beginning being overwhelmed by the huge dominance of this ethnocentric party.

Not only had this train of events for decades been encouraging “unhealthy feelings of superiority” among some Malaysians against others, but it also damaged the ability of the federation to argue for diversity as a strength. Instead, diversity became the country’s major problem. And this diversity is as much intra-Malay as it is inter-ethnic or inter-regional.

The Johor case is symptomatic of this process having gone too far, and occurs alongside other recent expressions of Malay opposition to Umno power and to its self- proclaimed mandate to champion Malayness and Malaysianness.

One can argue that the call for federal devolution, if not separation, by Johor’s Crown Prince and others, including many in the eastern state of Sabah, is in fact evidence of the failure of Dr Mahathir’s own Bangsa Malaysia (Malaysian Nation), a popular concept that he championed in the 1990s alongside his vision of a mature Malaysia realised by 2020.

When Malaysia’s impressive economic growth stalled during the 1997-98 financial crisis, and the top leadership of Umno split right down the middle, not only was the path towards Vision 2020 knocked off its trajectory, the idea that Malaysia would nurture a citizenry whose obsession with ethnic identity would be substantially lessened by its phenomenal economic success was also forgotten by Umno.

Instead, that idea was adopted by those who rose up against Dr Mahathir, and by younger Malaysians who were just coming of age, following the sacking and jailing of his erstwhile deputy, Anwar, in the form of the goals of the Reformasi Movement.

This adoption inspired a shift in support away from the Barisan Nasional towards the opposition, but before that could gain momentum, Umno under Tun Abdullah Badawi managed to convince voters to give the party one more shot at realising Vision 2020 and Bangsa Malaysia despite the financial crisis.

Tun Abdullah failed, as was shown by the ruling coalition’s poor showing in the 2008 general election, and, pushed from within the party, he threw in the towel the following year.

His successor, Datuk Seri Najib Razak, immediately tried to regain the initiative through his slogan of One Malaysia. This appeared to lack sincerity and failed to gain traction among voters, and when this became clear to him in the 2013 elections, he quickly abandoned that agenda.

Since then, racial and religious tensions have increased, while scandals with international repercussions have distracted – and continue to distract – the Najib government from proposing any new vision that can convincingly promise economic growth and social harmony.

Without such a promise coming from the federation’s government, the constituent states are naturally anxious. This goes beyond inter-ethnic tensions or religious controversies. It is about the citizenry’s need for a promising future.

Malaysia’s dilemma thus remains the same – finding the right formula to unite the country without suppressing its diversity, and doing it while achieving real and concrete economic growth.

None but the pathological optimist believes today that Malaysia will reach the economic goals of Vision 2020. The technical requirements and structural support are simply not sufficient.

Fortunately, the search for the right balance between centralised power and regional autonomy, between unity and diversity, follows a different set of dynamics.

The issue is political, and to the extent policy can change mindsets, much can yet be achieved quickly.

The writer is the deputy director of ISEAS- Yusof Ishak Institute, Singapore. His recent books include The Eurasian Core: Dialogues With Wang Gungwu On The History of the World (Iseas, 2015).